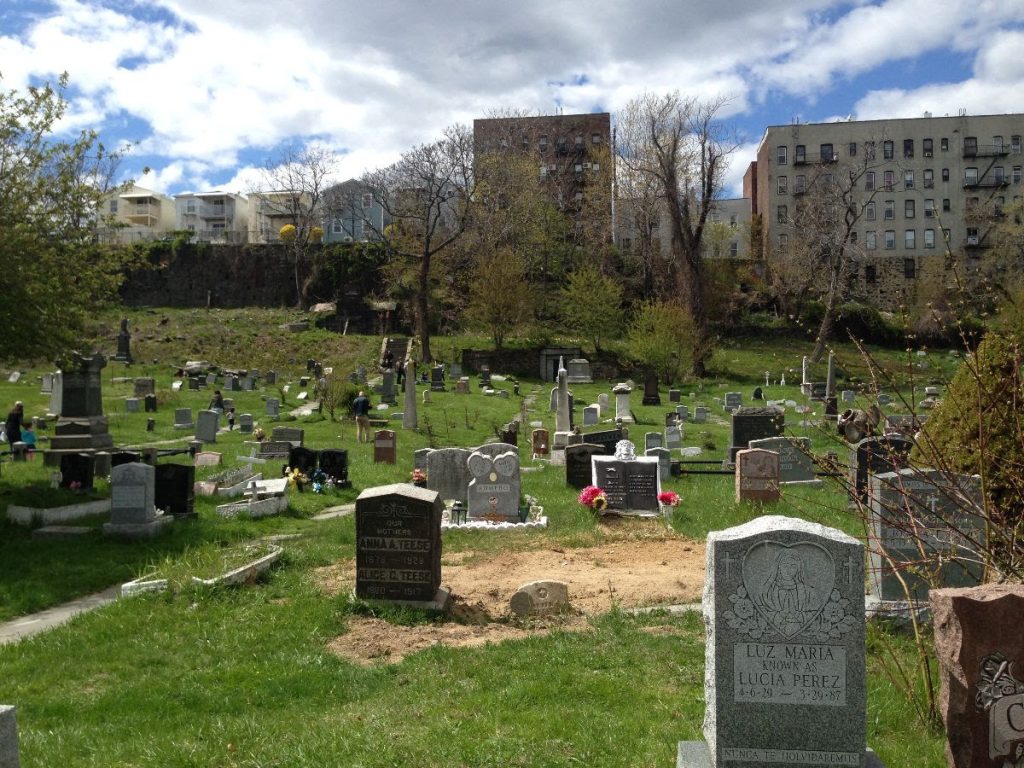 The weather is cooling down, the leaves are turning yellow, and the air is filled with scents of pumpkin pie and apple cider. Autumn is in full swing, which means it’s also time for all things spooky, scary, and weird. Whether you’re looking to creep around historic cemeteries or tour old terminals and abandoned hospitals, here’s your guide to Hudson County Oddities.

On Friday, October 21st and Saturday, October 22nd, the dead will come alive at the annual Halloween fundraiser for (and at!) the Historic JC & Harsimus Cemetery. Join the fun as local musicians dress up and perform the songs of famous bands like The Misfits, Harry Styles, Modest Mouse, and The Doors. After the cemetery show each night, join four different after parties, where you’ll find delicious food, refreshing beer, prize giveaways for best costumes, and more! Costumes are encouraged.

Our goal is to achieve State and National Landmark Preservation Status to ensure the perpetual preservation of this historic site and the soldiers who gave their lives for our freedom.

Founded in 1829, the Historic Jersey City & Harsimus Cemetery is the final resting place of soldiers from the Revolutionary & Civil Wars, the War of 1812, the Spanish-American War, WWI & II, and Jersey City founders and legends. This National Treasure (which volunteers are working to have designated as a State and National Landmark) was abandoned in 2007 and is now entirely operated by volunteers. Come explore 350 years of history, marvel at centuries-old graves and unique statues, and witness two oddities typically not found in cemeteries: two buzzing beehives and a small herd of goats, which make occasional appearances to munch on the wild grasses. 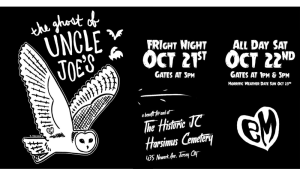 Contagion sometimes found a home in the crowded, third-class sections of the ocean liners that brought new immigrants to Ellis Island. Some arrived with measles, tuberculosis, and influenza and a variety of other ailments and mental illnesses. Anyone identified by the medical inspectors as being unhealthy upon arrival was not allowed to enter the country; instead, they were sent to the hospital complex. Come tour this historic hospital, full of remarkable images, broken windows, and half-open walls that capture the stories of the Ellis Island Hospital and the 1.2 million immigrants treated there. Tours are 90 minutes long and are held daily from 11am to 4:30pm.

The most famous duel in American history took place in Weehawken on July 11, 1804. At what is now known as the Weehawken Dueling Grounds, Colonel Aaron Burr shot General Alexander Hamilton, who was mortally wounded and died the next day in New York City. Tragically, Hamilton’s son, Phillip, also met his death at this same site in a duel in 1801. If you’ve seen the hit musical, Hamilton, you know exactly what we’re talking about. The site is located below the cliffs of the New Jersey Palisades, right next to the Hudson River, and was used as dueling grounds between 1700 and 1884.  At least 18 known duels occurred here.

The first monument made to commemorate the duel between Hamilton and Burr was erected on the dueling grounds in 1806 but by 1821, it had been taken apart and removed by souvenir hunters. In 1858, a road was cut through it and in 1870, the Weehawken shoreline was reconfigured for new railroad tracks and the dueling ground site was obliterated entirely. In 1894, a stone bust of Hamilton was placed at the site of the current monument but it was ruined by vandals in 1934.

The Central Railroad of New Jersey is a nationally historic passenger terminal that was the starting point for thousands of immigrants that were ferried over straight from Ellis Island, eager to start their new lives in the “new world.” Built on the Jersey City waterfront in 1889, the Central Railroad Train Terminal received passengers from ferries and trains that traveled as far as Pennsylvania. Though passenger service ceased in 1967, the terminal has since been maintained and incorporated into Liberty State Park. Today, the Terminal is open to the public, offering educational and historical displays in addition to hosting community festivals and events like its annual Halloween party. Come tour the Romanesque red brick structure and take in the old wooden bricks and stately metal columns, which serve as one of the most accessible examples of urban ruins in the New York City area. 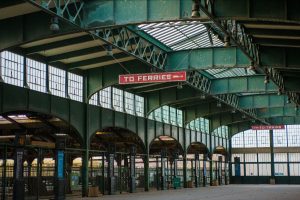 Created in 1832 by the Stevens Family as a folly on their property that contained a natural spring, Sybil’s Cave is the oldest manmade structure in Hoboken. By the mid-19th century, the cave, which is walking distance from downtown Hoboken, had become a recreational destination with a restaurant offering outdoor refreshments. When a young woman named Mary Rogers, known in the press as the “Beautiful Cigar Girl,” was found murdered near Sybil’s Cave in the summer of 1841, visitation surged to the attraction. The crime was never solved but gawkers came in hordes, and increased even more after Roger’s fiancé, who claimed to be tormented by the accusations and grief, committed suicide by poison near the cave.

The cave was destroyed in the 1930s and the waterfront was taken over by warehouses but in 2007, it was again excavated and a new gate was built to replicate its former greatness, though it prevents actual entry to the site.

Facing the Hudson River and residing just beside Exchange Place, sits one of the county’s quirkier (and most unexpected) attractions. The Colgate Clock was built in 1924 to replace an earlier clock that was designed by a Colgate engineer for the company’s centennial in 1906. The clock once perched atop the Colgate Plant at 85-99 Hudson Street in Jersey City and is now the fourth-largest clock and the world. The earlier clock was relocated to a Colgate factory in Indiana and the Jersey City clock was maintained until 1976. This ticking timepiece was refurbished in 2013, outfitted with LED lights, and reinstalled on the Hudson River waterfront, where it’s now a cherished icon that illuminates the night. The Colgate Clock is reachable from the PATH train at Exchange Place. Follow Essex Street east until you see the Hudson River; the clock will be on your right. 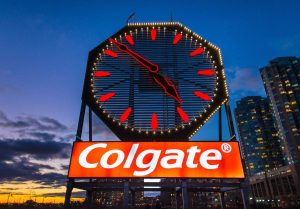 Jersey City’s railroad infrastructure once served as the gateway to America for both people and production and the city played a key role in building the industry that powered the entire United States economy. Between 1907 and 1920, the Erie Railroad used 250,000 tons of dynamite and blasted through 800,000 cubic yards of blue trap rock to create the passage and to lay the four passenger rails that would serve the Jersey City community. The resulting open cut sections of the Bergen Arches were one of the deepest excavations ever made and are considered to be one of the greatest engineering feats within the US railroad industry.

The concept of the modern Bergen Arches began as a goal to create a single path for biking and walking that allows the community to experience historic infrastructure, nature, art, and graffiti, all within one of the densest populations in the country and a generally under-utilized area. In the future, volunteers and activists hope that the arches will help connect a network of multi-use transit options in the city and to activate an 11-mile greenway corridor that would connect Jersey City, Secaucus, Kearny, Newark, Belleville, Bloomfield, Glen Ridge, and Montclair. 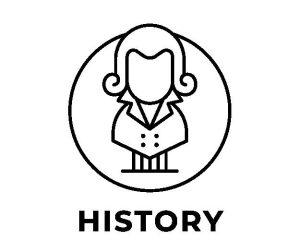 Let us help you plan your day with our Historical Walking Tours!