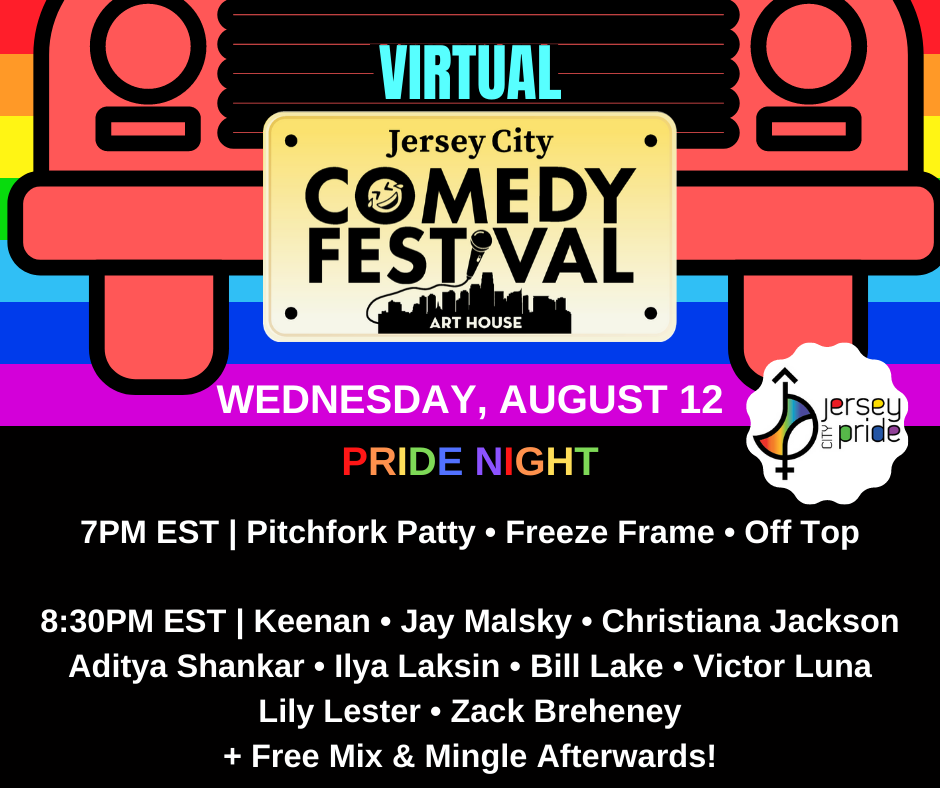 Come out and join us for the Virtual Jersey City Comedy Festival: PRIDE NIGHT on August 12, 2020. The shows will feature LGBTQ & ally comedians from Jersey City and beyond in this epic night of stand up, sketch & improv comedy! Stay late for a free mix & mingle event, hosted by Rich Kiamco! This event is part of the Jersey City Pride Festival.

The Jersey City Comedy Festival (formerly 6th Borough Comedy Festival) was started in 2017 to showcase talented comedians from Jersey City and beyond. The festival features stand up, sketch, improv, and roast battles, putting a premium on diversity and inclusion in comedy. This year’s fest will take place entirely on Zoom.