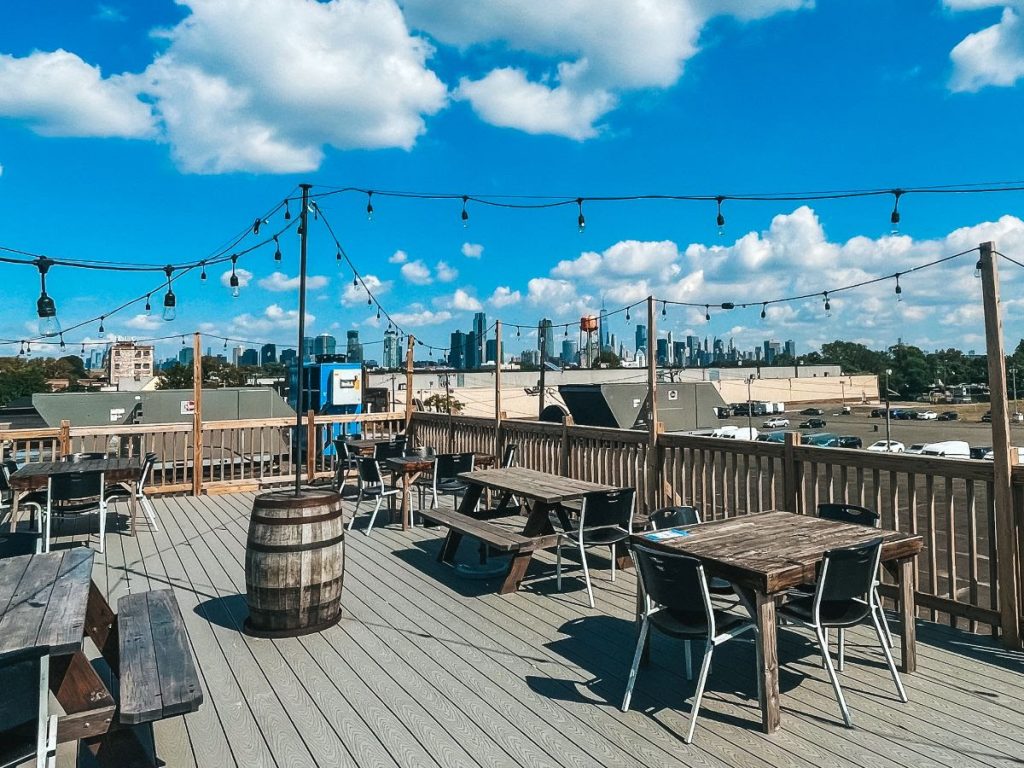 Like the rest of the country, New Jersey has a storied history when it comes to alcohol production. The industry thrived in the Garden State for years, with distilleries and breweries galore. But prohibition and the Great Depression changed all that. Now, though, New Jersey breweries and distilleries are on the upswing—especially in Hudson County. 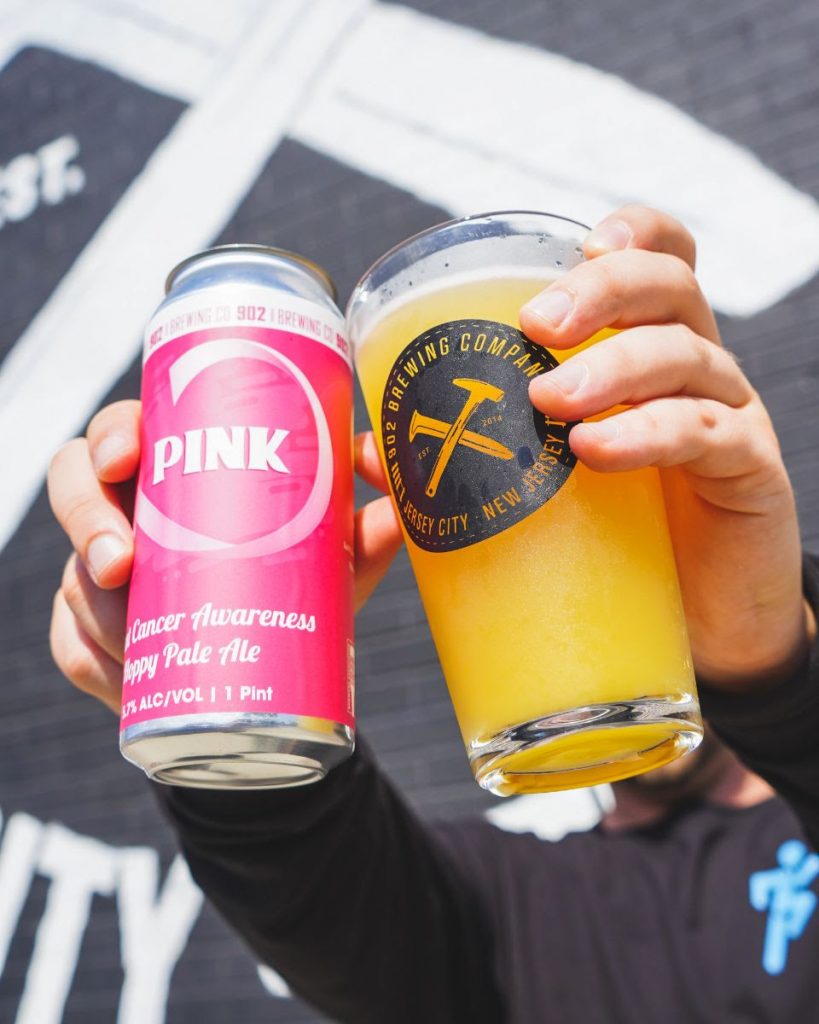 902 Brewing Company | Jersey City
While 902 Brewing Company now calls Jersey City home, this brewery got its start in Hoboken. It was founded by roommates Colby Janisch, Tucker Littleton, and Andrew Brown when they started homebrewing in their shared apartment on Washington Street. They’ve grown from those humble beginnings, and 902 now has a sprawling tap room in Jersey City’s Bergen Lafayette neighborhood, complete with a rooftop tasting area featuring dazzling views of the Manhattan skyline. Stop by the taproom to sample the ever-rotating tap list while you catch some live music or a comedy show, or pick up a fresh growler to go.

Corgi Spirits | Jersey City
Corgi Spirits is a family-owned distillery in Jersey City’s Bergen Lafayette neighborhood, serving up creative small-batch spirits including vodka and whiskey, although they are best known for their unique line of gins. Corgi has been named the NJ Distillery of the Year two years in a row by the New York Institute’s Spirits Competition. Their highly-awarded Earl Grey gin was named the 2019 Gin of the Year by the John Barleycorn Society of Spirits Writers as well.

In addition to regular tours and tastings, Corgi also frequently hosts events including comedy shows and live music. They have food trucks parked on-site in their outdoor patio space every week from Friday through Sunday. 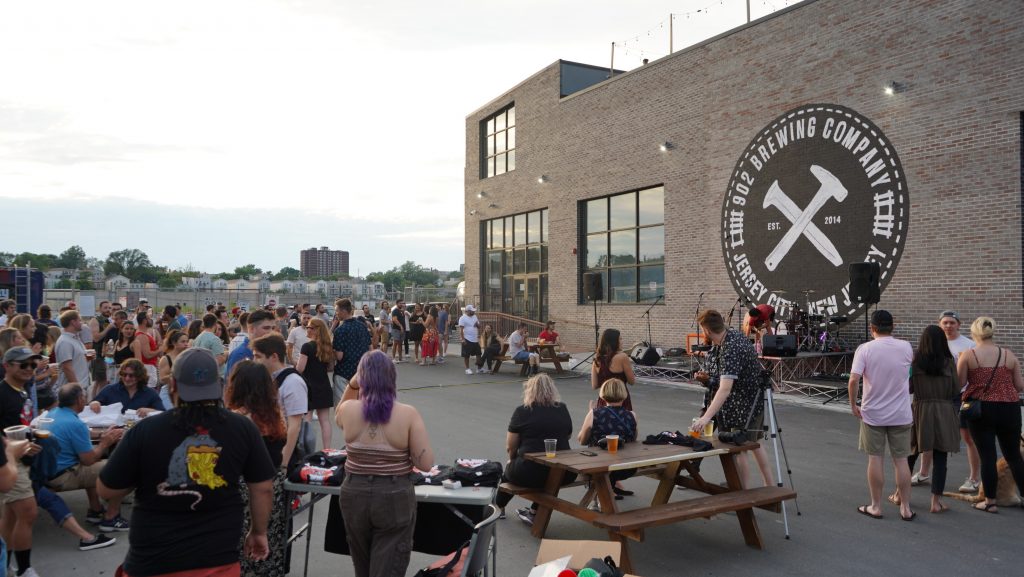 Situated in the heart of Downtown Jersey City, this brewery features an extensive tap list including an internationally acclaimed line of gluten-free beers in honor of Ward, who had Celiac disease. Visitors also love their diverse range of #DefinitelyNotGlutenFree beers, ranging from IPAs to sours to cold brew milk stouts. Can’t decide which to try first? Stop by their tasting room for a flight of their latest offerings.

New Jersey Beer Co. | North Bergen
The crew at New Jersey Beer Co. takes their Jersey roots quite seriously. Founded by a small group of local beer lovers, the brewery focuses on creating beer that’s by New Jerseyans, for New Jerseyans. Their offerings are hyperlocal, with exclusive distribution available only within the state—and with names like the LBIPA, Parkway Pilsner, and Garden State Stout, the Jersey pride is strong here!

New Jersey Beer Co’s tasting room is open for drinks and tours Wednesday to Sunday. With weekly trivia, a jukebox, and board games, the taproom offers an inviting atmosphere to enjoy a flight (or two) and stay a while. 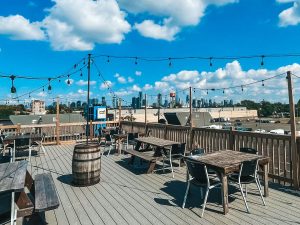 Hudson County’s neighbor, Newark, is home to a new arrival to the New Jersey beer scene: Newark Local Beer. This brewery just opened their doors in November 2021—but they’re already making a splash. What started as a passion for homebrewing shared by husband and wife team Steve and Miller Hughes eventually led to the creation of this independent brewery and taproom in the heart of downtown Newark. The tap list currently features seven beers ranging from IPAs to saisons, with more on the way. They even offer their own alcoholic seltzer, the Weekender, featuring notes of mango and passionfruit.

Another can’t-beat Newark attraction: All Points West Distillery, located in Newark’s historic Ironbound district. This distillery was founded by former architect Gil Spaier; it offers an award-winning lineup of spirits including whiskey, gin, vodka, and a unique rum distilled in a distinct mid-Atlantic, harbor-style technique. The distillery takes its name from the Jersey Central Railroad, which connected Ellis Island with “All Points West,” as an homage to its New Jersey roots. Among other awards, their All Points West Malt and Grain Pot Still Whiskey received a Gold Medal for “Whisky of the Year” in 2019 by the Beverage Trade Network.