The story of Baonanas involves a yellow car, a broke college couple, and the generosity of family, friends, and friends-to-be. Hello! We are Lloyd and Trisha, two Jersey City kids, who share a love for food and cavity-filled sweet teeth. We often spent our date nights baking, and one treat in particular became our go-to potluck dish. Any guesses?

Leche flan is a staple in Filipino cuisine and with Trisha’s mom making the smoothest, creamiest, melt-in-your-mouthiest one, we substituted the traditional pudding/custard in Southern banana pudding to whip up our own version.

Then in April 2014, a close friend recommended that we sell our banana pudding to help fund a repair for Lloyd’s car, Ella, a sonic yellow 2004 Subaru WRX Impreza STI, who was in a fender bender. So we started the hashtag #Baonanas on Instagram. We were amazed by the community’s reaction to our silly little hashtag. Date nights became order fulfillment nights and with the encouragement of our #BaonanaNation, we said why not kept and kept whipping! 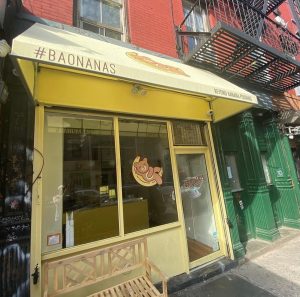 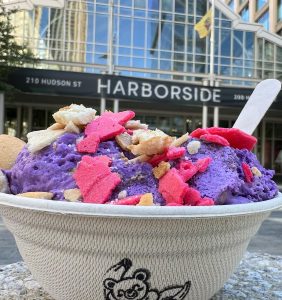 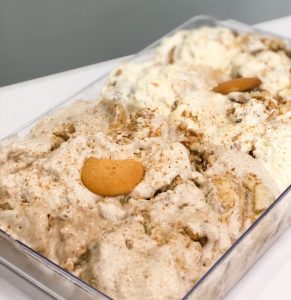