Departed Soles Brewing Company was initially a brewpub concept – a hair brain scheme of two friends – Chris and Brian. At the same time, they were drinking beer in one of their parents’ houses. Brian has a passion for craft beer and bar experience, and Chris had a way with people and a resume full of culinary experience. Both also had a propensity for purchasing ridiculous sneakers after enjoying a few adult beverages…

On October 25th, 2010, things changed for the two best friends. While Chris was commuting between his jobs, he was involved in a one-car crash that took his life. Ever since that day, Brian has aimed to make his departed friend proud.

After some gentle shoving from his parents, and nudging from friends, in the Spring of 2012, Brian enrolled at the American Brewers Guild school for Intensive Brewing Science and Engineering. The mission was simple… to properly honor Chris, he had to make quality Gluten Free Beer accessible to everyone.

By December 2012, he became the first brewer in American Brewers Guild history to specialize in gluten-free beer. With a diploma, he set out to find a home for Departed Soles Brewing Company in his home state of New Jersey. While on his search for a permanent residence, his gluten-free IPA named GoodbIPA won the famous “Specialty” category of New York City’s Homebrew Alley and placed 3rd overall from the 777 entries. After a few bumps along the journey, he found his home in Jersey City, New Jersey City.

At Departed Soles Brewing Company, we understand that the brewing industry and tastes are constantly changing, and we embrace that evolution! Since our opening back in 2015, we strive to have a tap list as diverse as Jersey City, with something for everyone, and not leaning towards one style or another. Haze Boiz, Lager Heads, Sour Sallies, and Gluten Free Folk welcome! We are always working to improve ourselves, and our beer, and know you’ll find something you like! 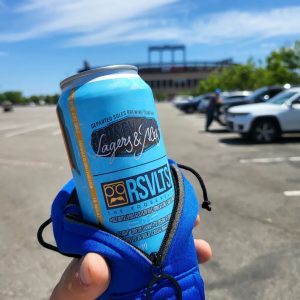 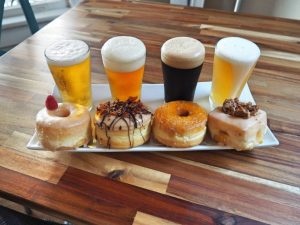 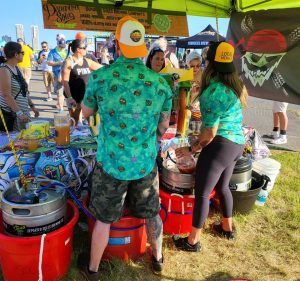