Sybil’s Cave is the oldest manmade structure in Hoboken, created in 1832 by the Stevens Family as a folly on their property that contained a natural spring. By the mid-19th century the cave was a recreational destination within walking distance from downtown Hoboken. A restaurant offered outdoor refreshments beside the cave. When the Stevens’ family property became Stevens Institute, the cave became property “of the Institute and periodically opened to the public in the early 20th century.

Yet the real surge of visitors came in the summer of 1841 when Mary Rogers, known in the press as the “Beautiful Cigar Girl,” was found murdered near Sybil’s Cave, a crime which to this day has not been solved. Spurred by the tabloid press, gawkers came in hordes, and even increased in number after the suicide by poison by her fiancé Daniel Payne near the cave, after he was tormented by the accusations and the grief.

However, after the grisly fame faded and the Victorian strollers departed, the area turned to industry and the cave was destroyed in the 1930s. The waterfront was taken over by warehouses, and it wasn’t until 2007 that the cave was again excavated after some explorers rediscovered it after intense searching. Now a new gate has been built to replicate its former glory, but it prevents entry. 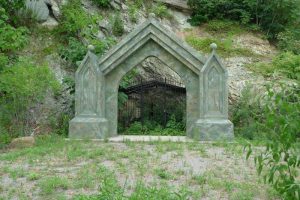 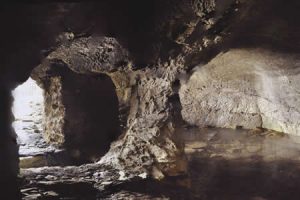