Hours are determined based on Event Schedule

-There are 10 concession stands available throughout the stadium

-Open 3 hours before kickoff until 30 minutes before kick, visit The BULLevard in front of Red Bull Arena for fun activities for fans of all ages.

-Parking within the Harrison Public Parking areas ranges between $15 and $30. Parking lots in Newark can charge more. Please note that the “gravel lot” is now cashless.

Red Bull Arena is the benchmark in the North American soccer stadium landscape and sets the standard for other venues of its kind across the continent. The 25,000-seat state-of-the-art facility located in Harrison, New Jersey is the home of the New York Red Bulls of Major League Soccer and opened in March 2010, when the Red Bulls defeated Brazilian side, Santos, 3-1. Since then, Red Bull Arena has hosted a number of top club and international squads including the U.S. Men’s and Women’s National Teams, Ecuador, Colombia, Bayern Munich, Arsenal, Manchester City and Juventus. The arena is structured to create a distinct soccer atmosphere as fans in the front row are just 21 feet from the touchlines. Its dynamic roof is a curving structure that wraps the entire arena in an elegant metal shell to create an architectural statement of power and elegance. 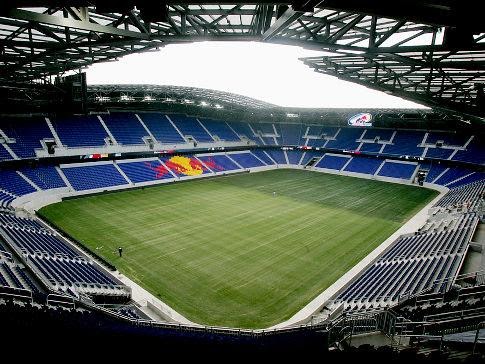