The Dennis P. Collins Park is situated in Bayonne just across the Kill Van Kull from Staten Island, and there are views of the Bayonne Bridge from the grounds. Named for a former Bayonne mayor, it is also known as First Street Park, and includes a World War II memorial, a skate park that opened in 2016, courts for bocce, baseball, and tennis, playgrounds, Brady’s Dock for fishing, a small sprayground, a gazebo, and a .8 mile walking trail. It was once the site of Killeen Park, and Uncle Milty’s Playland, also known as the Bergen Point Amusement Park and Miltyville, which was Hudson County’s sole amusement park and a popular attraction for local residents and visitors. 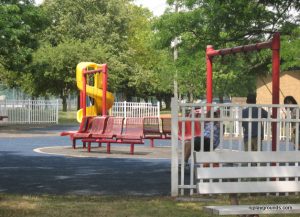 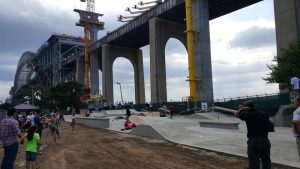 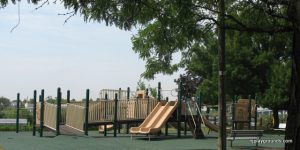