-Open 24/7 between October 1st and February 28th, March 1st to September 30th, it is closed to the public and only accessible by guided interpretive walks

– The trail closes in the spring and summer in order to provide “undisturbed breeding and nesting habitat for migratory and resident bird populations.”

– Caven Point is an ecologically unique area of Liberty State Park that provides critical habitat for many species including migrating birds and features a sandy beach, saltwater marshland, and a boardwalk trail.

– The beach is the longest uninterrupted beach found anywhere between the Verrazano and George Washington Bridges on the Hudson River / Upper New York Bay waterfront.

-Caven Point was originally known as “Kewan’s Point” by Dutch settlers, it was surrounded by cherry blossoms as far as the eye could see in the mid-1600s. It is one of just two wetlands in New York City that has survived in its natural state. 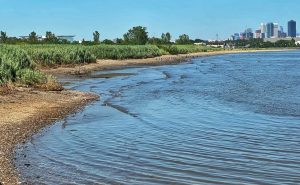 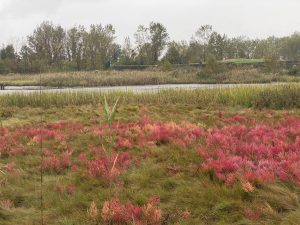 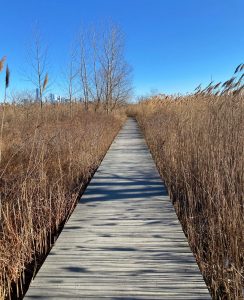