Segunda Quimbamba is a Jersey City-based percussion and dance ensemble that performs authentic Bomba and Plena, the drum music of Puerto Rico. The ensemble was founded by director Juan Cartagena and his wife Nanette Hernandez as Los Pleneros de la Segunda (The Pleneros from Second Street) in 1989 during the Christmas season to preserve the Puerto Rican tradition of caroling called parrandas. Over the years, family members joined the group, which began playing Bomba in 1995.  In 1997 the name was changed to Segunda Quimbamba in honor of both Second Street, Jersey City, where most of the members live or have lived and Quimbamba, the mystical place described in a poem by the famous Puerto Rican poet Luis Pales Matos, called “Majestad Negra”. In 1997 the nonprofit Segunda Quimbamba Folkloric Center, Inc. was created to promote Bomba and Plena in New Jersey and the rest of the country. The Center produces a Newsletter about Bomba and Plena called Guiro y Maraca and conducts music and dance workshops in these genres to share these traditions with the public and younger generations. 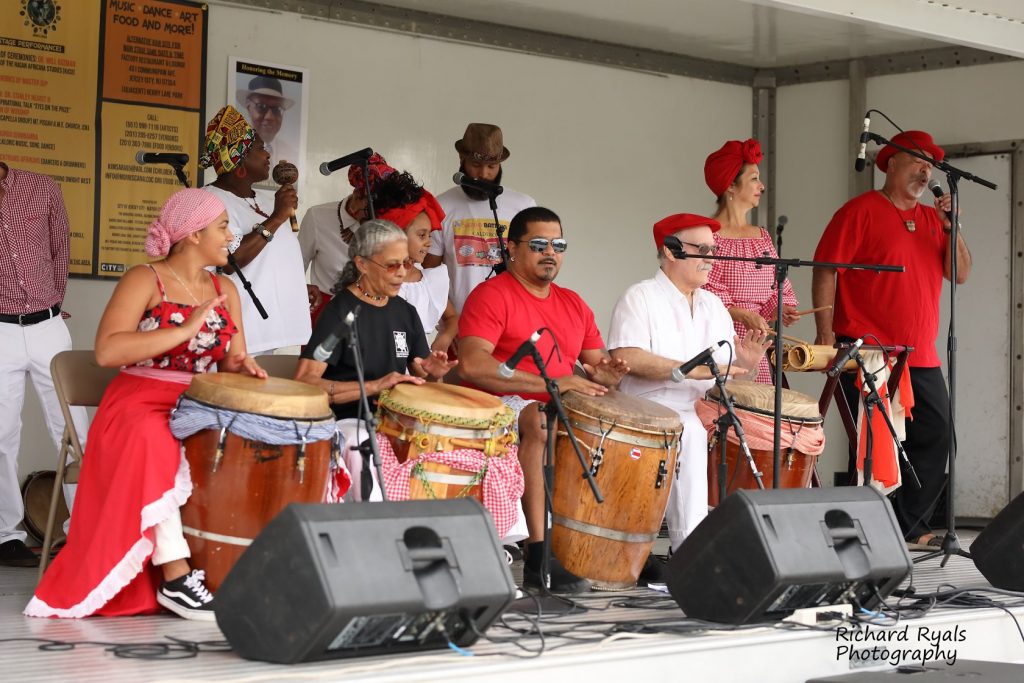