There’s something for everyone at the Hoboken Fire Department Museum. For kids, the star attraction at the former fire station at 213 Bloomfield St. is the shiny red Ahrens Fox fire engine, circa 1932; this “Cadillac” of fire trucks has been meticulously restored and occasionally stars in civic parades. Kids can get a boost into the driver’s seat for a photo op by one of the retired firemen who assembled and care for the collection, or one of the Museum’s staff who are now working there every weekend. For grownups, the Fire Department Museum is a treasure trove of fire gear and memorabilia documenting the evolution of tools and techniques used by Hoboken’s bravest in battling fires that spread quickly in a city of connected row houses, working piers and active factories. Some of the fiercest fires from the early 1900s were widely documented on postcards, the “instant messages” of the last century. One of the highlights for visitors of a certain age is the framed 1947 photo of fire captain Marty Sinatra posing on a fire truck with his son, who at the time was the most popular singer in the country. 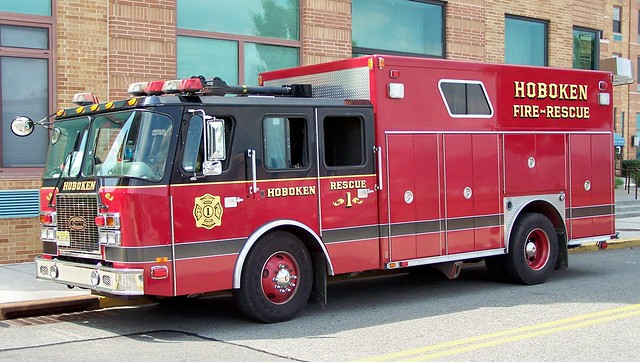 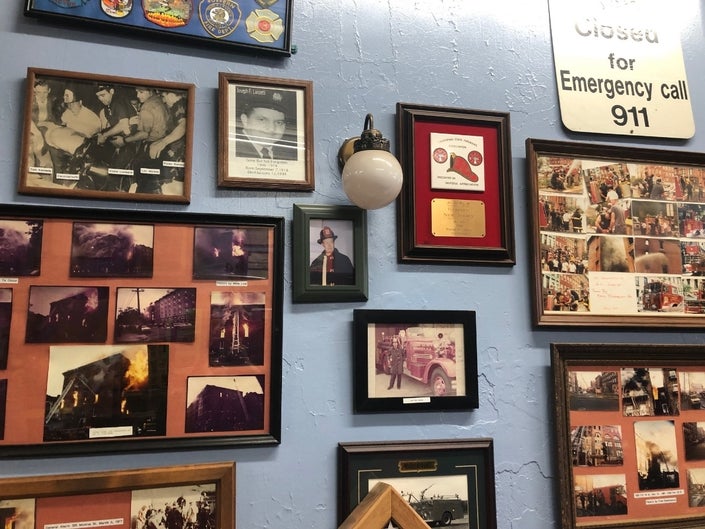