Now one of the busiest Regional Branch Libraries in the Jersey City Free Public Library system, the Five Corners Branch Library has been in existence since 1924. Dedicated on June 17th of that year, the Five Corners Branch initially served the neighborhood in the rented space of a two-family house at 558 Summit Avenue. By the early 1960s, the need was great for a modern building to serve the area’s burgeoning population. The current building was erected at 678 Newark Avenue, replacing the former Five Corners Branch, as well as the Palisade Avenue Branch, which had been a storefront branch opened in 1932 at 115 Palisade Avenue, across the street from Christ Hospital. At its dedication on June 10, 1962, the Five Corners Branch Library opened with fanfare, heralding a new era for cultural and arts presentations. Nicknamed the Fine Arts Library, Five Corners was home to the Art and Music Reference Collection, as well as the Fine Arts Collection on the Mezzanine, which was a circulating collection of “phonograph records, filmstrips, educational films and framed prints,” along with “record players for listening,” highlighting the technology of the day. 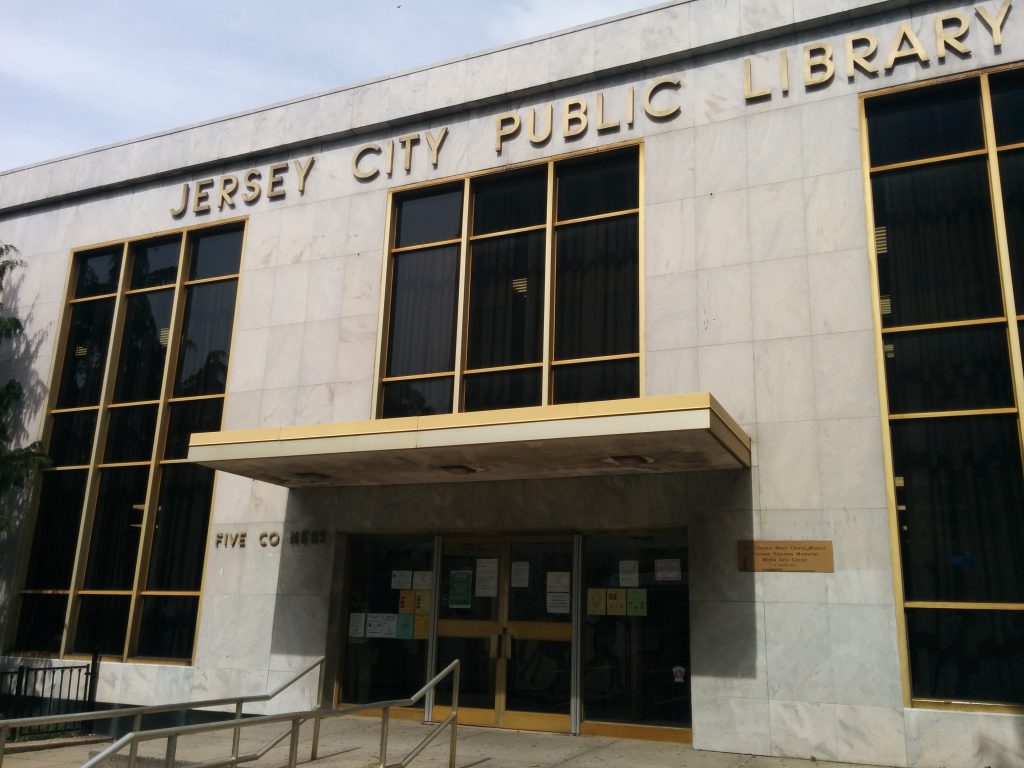