This sports stadium is home to the two NFL franchises, New York Giants and the New York Jets. It was originally named the New Meadowlands Stadium upon opening in 2010 but was the naming rights were acquired the next year by the New York Insurance company, MetLife. The stadium is owned by the MetLife stadium Company, joint venture of the Giants and Jets, and cost 1.6 billion to construct. At the time, this was the most expensive stadium ever built. They are host to many other events such as concerts and soccer games.

See the calendar of events here 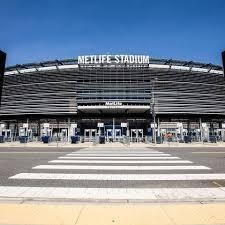