It was a real pleasure to return to the area where I first worked for @ronenglishart almost 10 years ago and see how much the city has changed. The image references several iconic Jersey City buildings making up the crown including the Powerhouse, old City Hall, and New Jersey Central Terminal to name a few.

A multi-disciplinary artist, Stanton’s work takes the form of paintings, murals, large scale installations, stained glass, mosaics, and multimedia animations. Focusing on meticulous technique and craft, Stanton’s work is heavily informed by historic ornamentation, religious iconography, and classical painting. A keen interest in iconic visual symbols and Jungian archetypes often provides the foundation for his images. His work seeks to draw parallels between past narratives and contemporary human issues such as climate change, environmental conservation, and post industrialization.  The imagery and themes are always site specific and closely tailored to the locale of the artwork, involving research and scouting of the surrounding area with a goal of creating work that is a direct response to its environment. Stanton is originally from California where he studied Illustration at Laguna College of Art and Design. He relocated to New York after graduating in 2008 where continues to live and work in Red Hook, Brooklyn constantly drawing inspiration from local nautical history. His work has recently been shown in a 12th Century crypt, on the Berlin Wall, a Fiat 500, and in galleries worldwide. 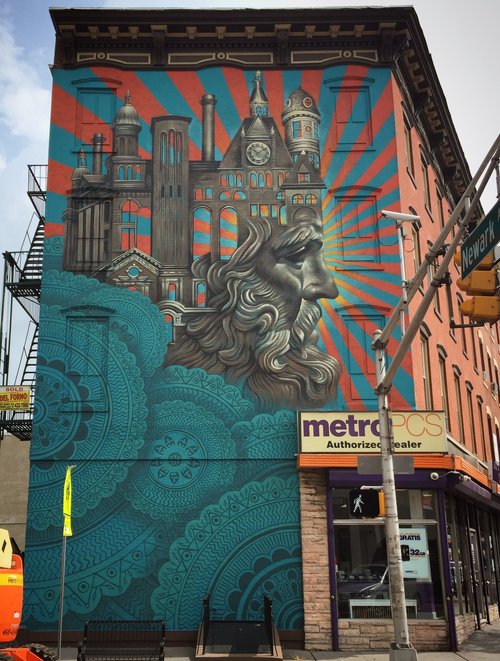