The Movement at White Eagle Hall 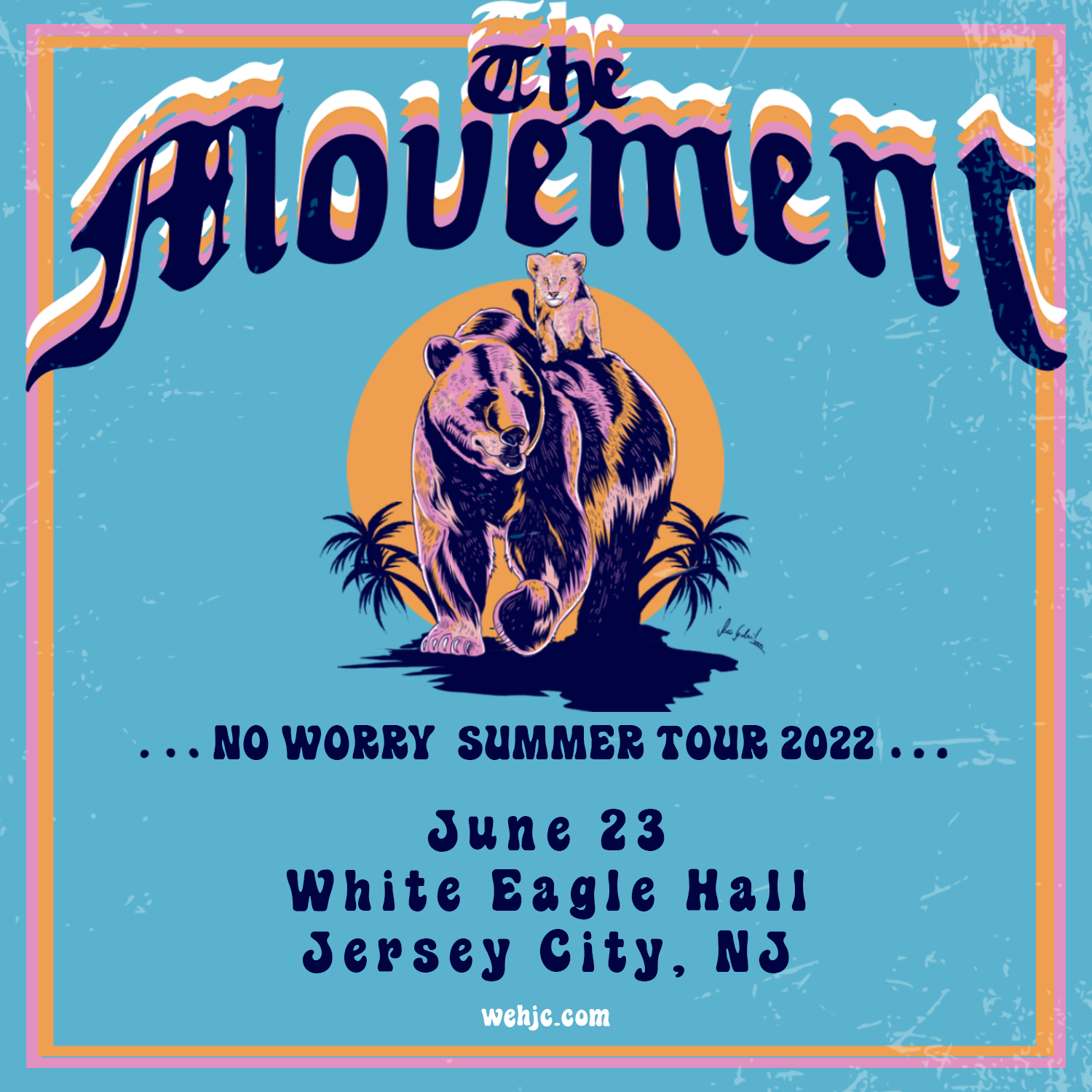 The Movement has been winning the hearts and minds of alternative-reggae fans since their inception in Columbia, SC in 2003. Drawing inspiration from Sublime, 311, Slightly Stoopidand John Brown’s Body, they’ve made a name for themselves as reggae shapeshifters with a foundation of heavy drum and bass. Today the band consists of founding member, lead vocalist and guitarist Joshua Swain, bassist Jason Schmidt, drummer Gary Jackson, and keyboardist/multi-instrumentalist Matt Goodwin. Their sixth studio album, Ways Of The World, dropped on June 7, 2019, debuting at #1 in the Billboard Reggae Chart, and remained in the Billboard Reggae Top 10 for more than 40 consecutive weeks. The Movement’s new single “Sounds of Summer” feat. Slightly Stoopidwas released June 25, 2021. Their seventh full length album is coming in 2022.