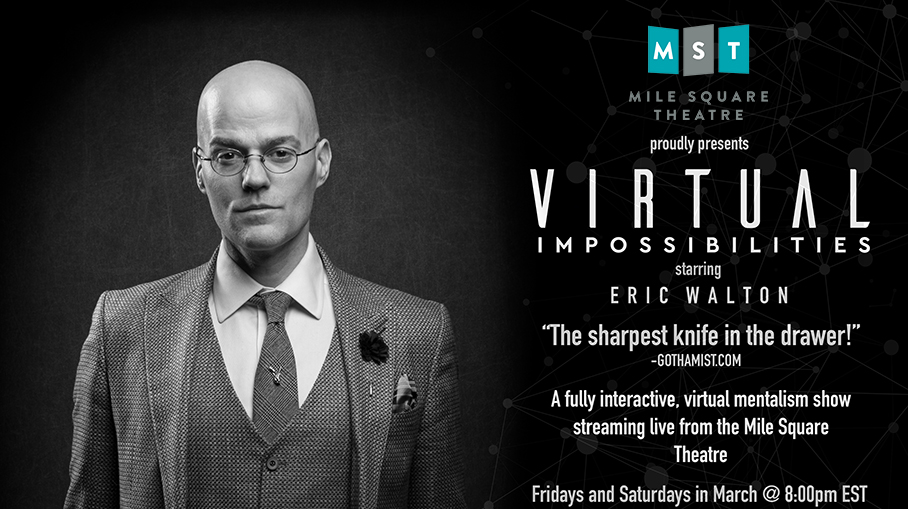 MST, in association with All for One Theater, is excited to welcome back the critically-acclaimed and award-winning mentalist Eric Walton. Our audiences will recognize Eric from his performances of Eric Walton: Mentalist in 2018 and 2019.

Virtual Impossibilities is Eric’s fully interactive, online performance of mentalism. In this highly engaging virtual show, Eric presents many of the same astonishing feats of mentalism and mind-reading that have made him one of New York City’s top mentalists.

Far from being mere passive viewers of the show, the audiences for Virtual Impossibilities participate actively in the performance, engaging and interacting directly with Eric throughout the experience.