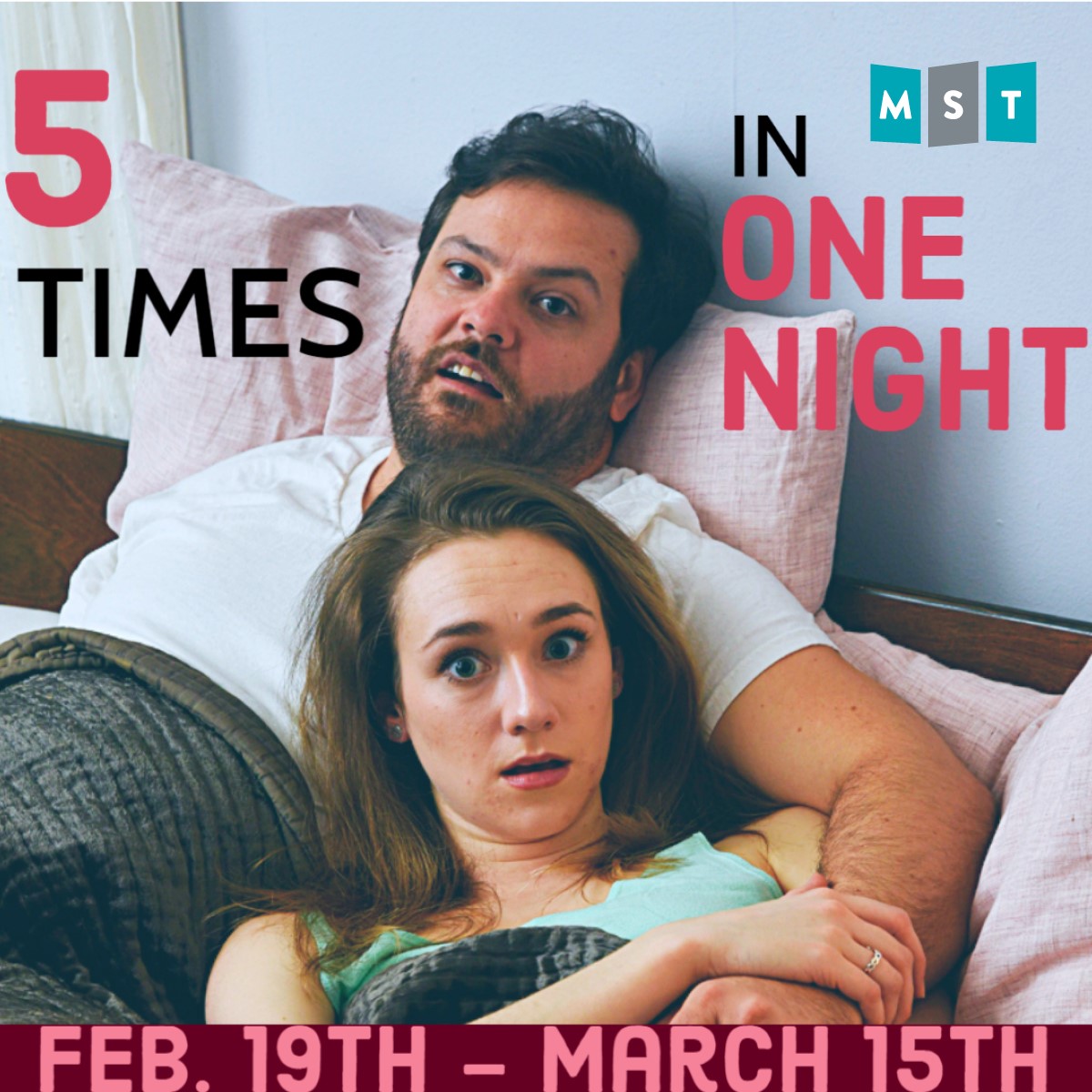 5 Times in One Night is a hilarious exploration of sex through the ages. From Adam and Eve to the last couple on Earth, playwright Chiara Atik riffs on what we talk about when we talk about sex. Five couples are played by two actors, Kelsey Roberts (MST’s A Merry Little Christmas Carol) and Nathaniel Kent (Eat the Devil). The New York Times says of the play, “a lewd title and a tender heart…the writing feels specific and universal.”

5 Times in One Night begins performances on Wednesday, February 19 and runs until Sunday, March 15. Opening night is February 21 @ 8pm.