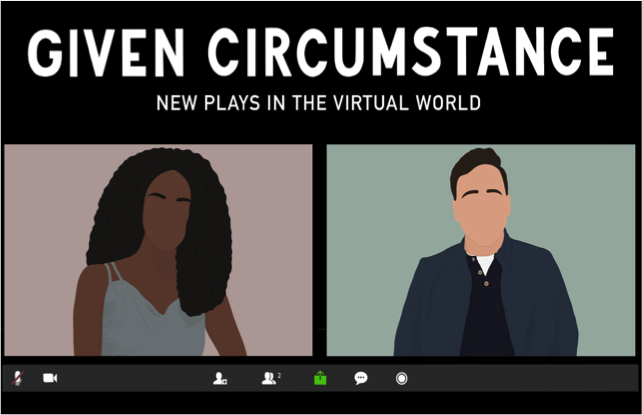 Seven new plays written specifically for the Zoom format. The four-part series begins September 18, and runs every weekend through October 11.

The series begins with Lia Romeo’s charming, deeply heartfelt play Sitting and Talking, which follows a man and woman in their 60s as they navigate the vulnerable, awkward, and sometimes hilarious path to companionship via online dating during quarantine. Film star Dan Lauria, who played the titular role in Broadway’s Lombardi, is joined by Emmy- and Golden Globe-nominated actress Wendie Malick, and the piece is directed by James Glossman.

Other plays in the series will be presented in pairs on subsequent weekends are written by Dustin Chinn, Kevin R. Free, Cary Gitter, Chris O’Connor, Audley Puglisi, and Nandita Shenoy.

All tickets are sold via video on demand. Once you purchase at ticket, the video will be available starting the Friday of the show’s assigned weekend and will continue to be available for 48 hours after you first hit play!