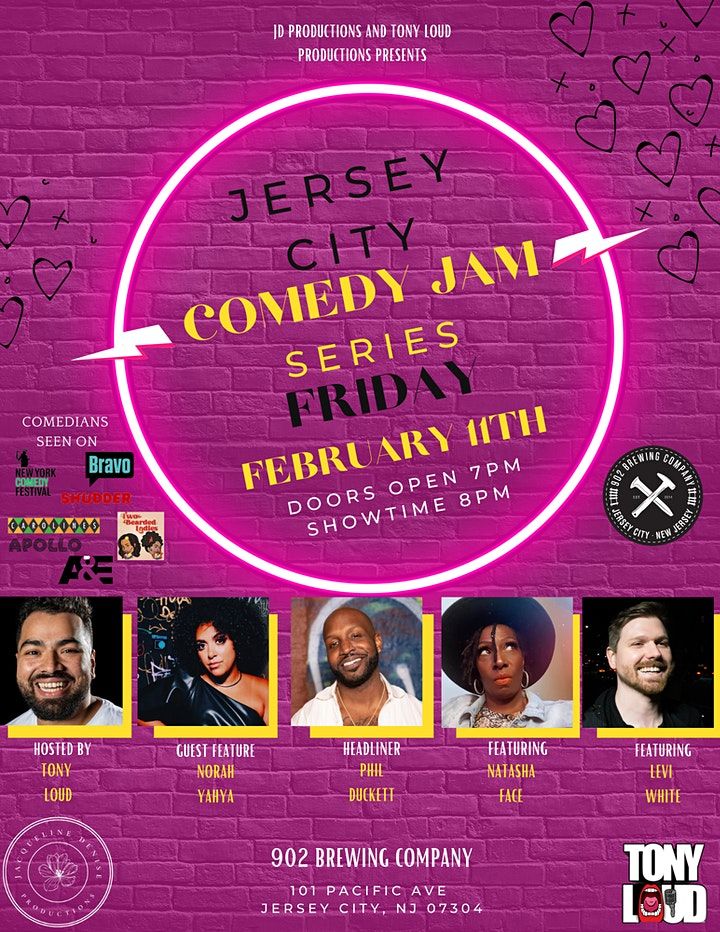 Jersey City Comedy Jam brings together some of the most hilarious comedians seen around the country as seen on A&E, the Apollo Theater, Bravo, HBO, New York Comedy Festival and more!

Hosted By Tony Loud (Caroline’s Broadway and Stand Up NY)

Vendors on site will include:

– Other vendors to be named soon!

Door will open at 7pm

Show will start at 8pm and finish around 10pm

Last call for drinks, shopping and food will be 11pm