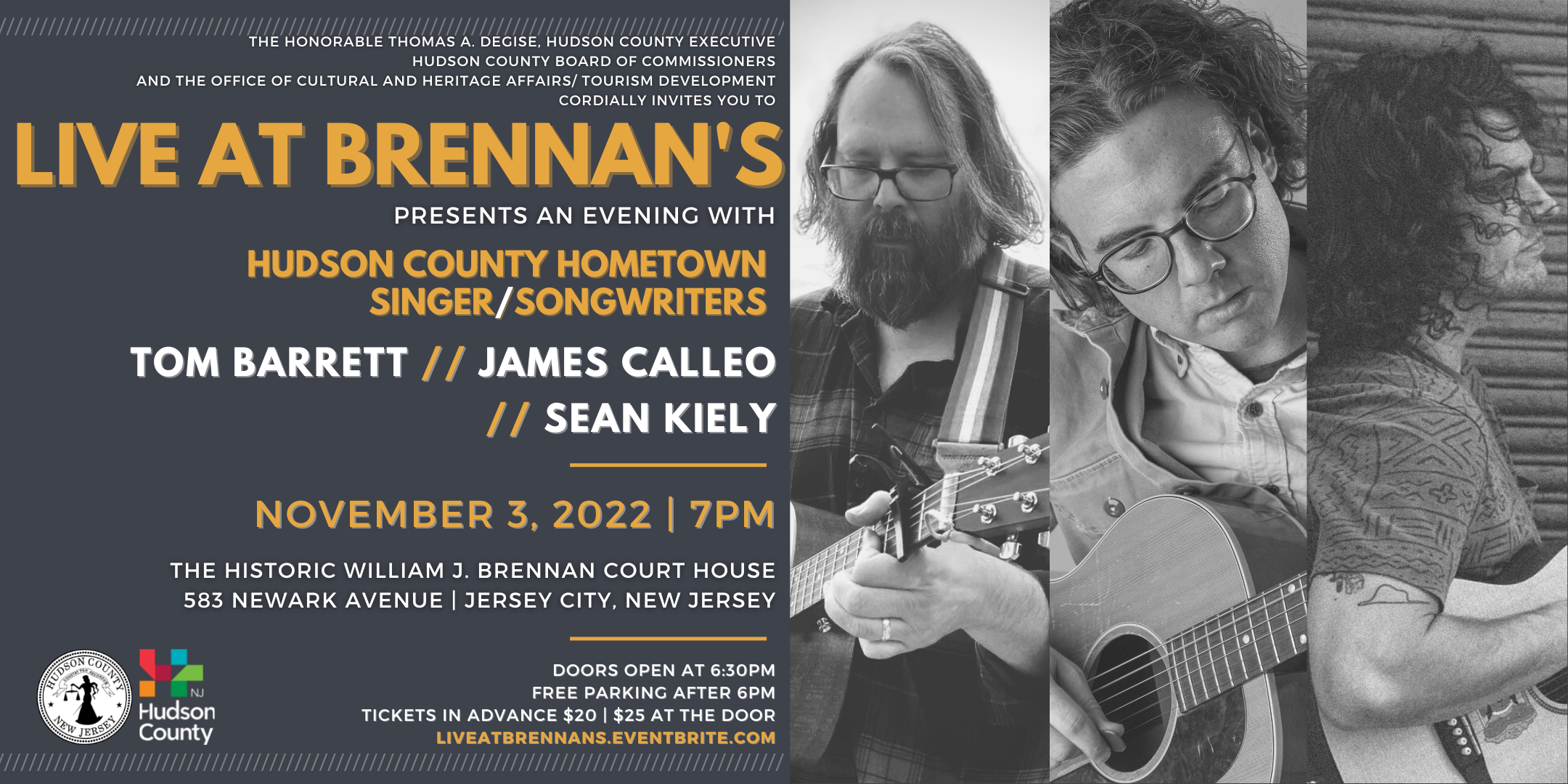 Tom Barrett is a singer-songwriter based in Jersey City. He has been a fixture on the local music scene since late 1999/early 2000, playing various instruments in various bands, ranging from the experimental American Watercolor Movement to the shoegazey power trio Overlake.

He began playing shows under his own name in 2011, performing songs that were evocative of quieter, more delicate influences such as Lou Barlow, Elliott Smith and Nick Drake. Over the following years, he would self-release a handful of EP’s and singles, as well as two full length records including 2020’s 051480, an album he wrote and recorded at home in the early days of the pandemic.

His latest record, You Are and You’ve Always Been, was released September 9th on Mint 400 records and received critical acclaim from such publications as the Rodeo Mag, who called the record “musical namaste” and was highly complimentary of Barrett’s musical prowess and fearlessness when they said, “Barrett lets each instrument and each lyric speak for itself… He is not afraid to be vulnerable in any of his music.”

Tom Barrett will open the stage at 7PM.

Sean Kiely is one of Jersey City’s most exciting and original singer-songwriters. His music contemplates the world with a keen eye, and an ear for unusual & compelling beauty. He’s released several acclaimed recordings under his own name, in addition to being an in-demand guitarist, singer, and producer. He is often joined on stage by the area’s finest progressive folk-leaning musicians. Tris McCall writing for the Jersey City Times says, “Sean Kiely’s folk-rock songs grow like beautiful brambles. He takes compositional risks and chases beauty into the sonic thickets, and he loves to astonish and surprise. Some of his songs are as winsome and delicate as snowflakes, others are barbed, and more than a few are quite funny – in a dry, knowing sort of way. Kiely sings this all in a bell-clear voice with inerrant pitch, and when he’s got some buddies along to harmonize with him, they approach the spectral quality of Fleet Foxes, and maybe even some of David Crosby’s solo projects.” David Crosby himself once said of Sean Kiely’s 2018 EP It Sure Was Good: “Fascinating music … Very unusual, which of course I like.”

He can be found each month at his ongoing residency “A NICE Night” at Jersey City’s Fox & Crow, and each week playing traditional bluegrass & folk music at The Archer, also in Jersey City. follow: @sean0sean

Sean Kiely will take the stage at 7:45PM

A seemingly endless road trip during lockdown was enough time to come home with a new album. Between sleep under the stars, swimming in alpine lakes and cooking up dinner by the campfire with his wife and dog, James Calleo created Widely Grown.

In an effort to keep the album true to the songwriting process, James remained on the acoustic guitar. Digging hard into the Americana and country vibes of the mid to western United States.

If you dig the vibe of the Wood Brothers, Caamp, Railroad Earth and the Grateful Dead, you’ll dig these guys.

James Calleo will take the stage at 8:30PM.