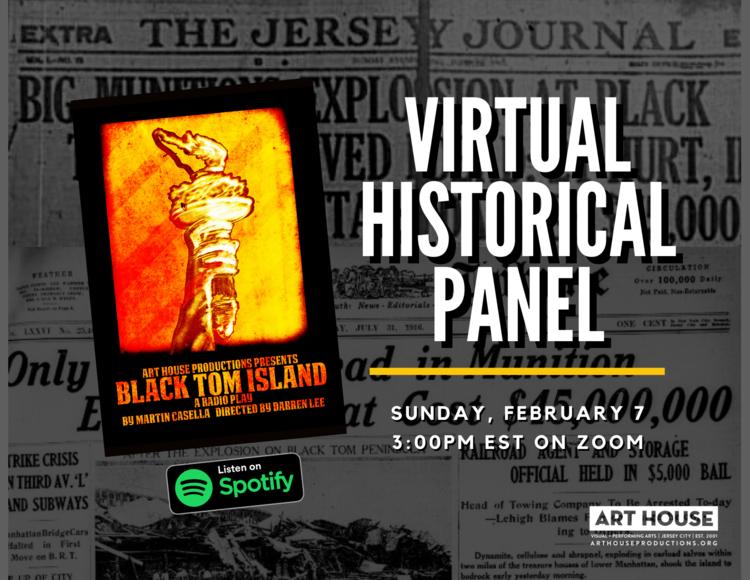 CLICK HERE TO REGISTER
The panel will feature historians Janet Akhtarshenas of Liberty State Park and Timothy R. White of New Jersey City University, along with playwright Martin Casella and director Darren Lee. Additional panelists may be announced at a later date. Attendees are encouraged to listen to the podcast before attending the panel.
Today, the Black Tom site is part of New Jersey’s Liberty State Park. A historical marker is located in the southeast corner of the park.
Based on an actual incident that took place in Jersey City in 1916, Black Tom Island explores the first documented terrorist attack on American soil through the lens of a fictionalized Slovak immigrant and his wife who may or may not be involved in the attack. Funded in part through the Hudson County Historical Partnership Grant, Casella’s play was adapted as a radio play and distributed as a podcast directed by Darren Lee. Sound design by Megumi Katayama. Featuring actors Michael Stewart Allen, Damian Buzzerio, Mason Hensley, and Jenna Krasowski. Narrated by Executive Director Meredith Burns.