The Hudson-Bergen Light Rail system began operating its first segment in April 2000, expanded in phases during the next decade, and was completed with the opening of its southern terminus on January 31, 2011. The line generally runs parallel to the Hudson River and Upper New York Bay, while its northern end and its western branch travel through the lower Hudson Palisades.

-Has trains running approximately every 10 minutes all day from 5:00am until 1:00am, this is one of the best, most consistent ways to get around Hudson County!

-Has two dozen stops all throughout Hudson County, including the lesser serviced North Bergen and Union City.

-Many of the light rail stations feature public art. A total of 30 artists have created 50 art works with various themes for the stations. For example, the Liberty State Park station features glass tiles representing a number of “fallen flag” railroad logos.

-NJ TRANSIT introduces daily light rail tickets for purchase in the NJ TRANSIT Mobile App. Light rail operates on a proof-of-payment system. Digital and paper tickets must be purchased and activated prior to boarding any light rail vehicle. On the app, digital tickets will become valid for travel three minutes after activation. Tickets will then be valid for 60 minutes on Hudson-Bergen Light Rail. 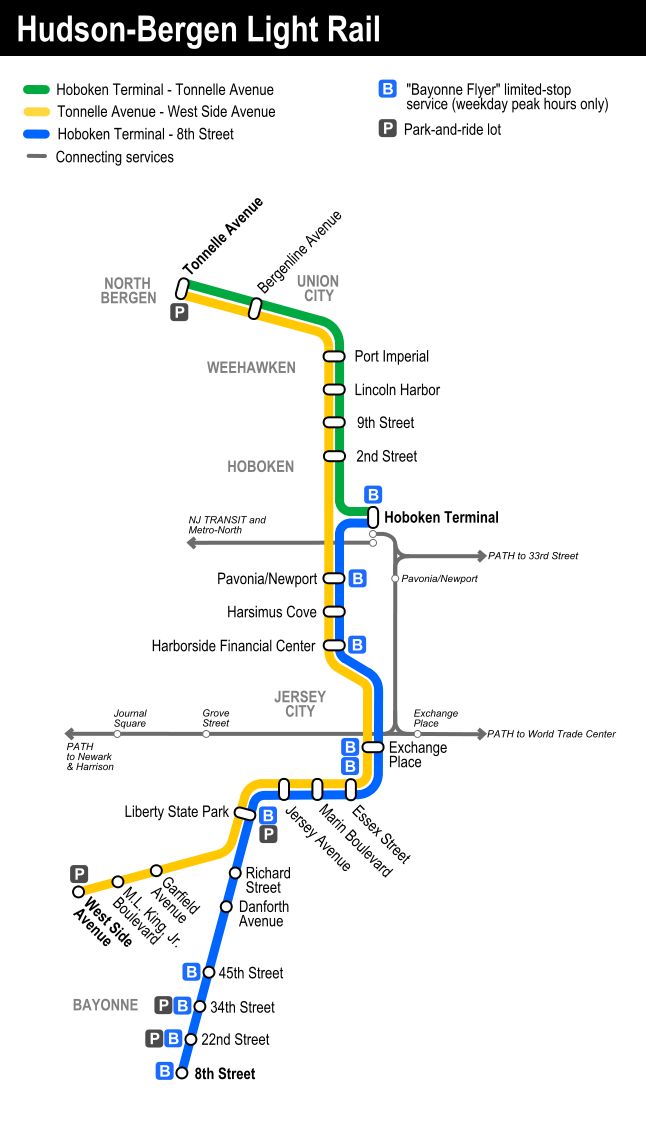 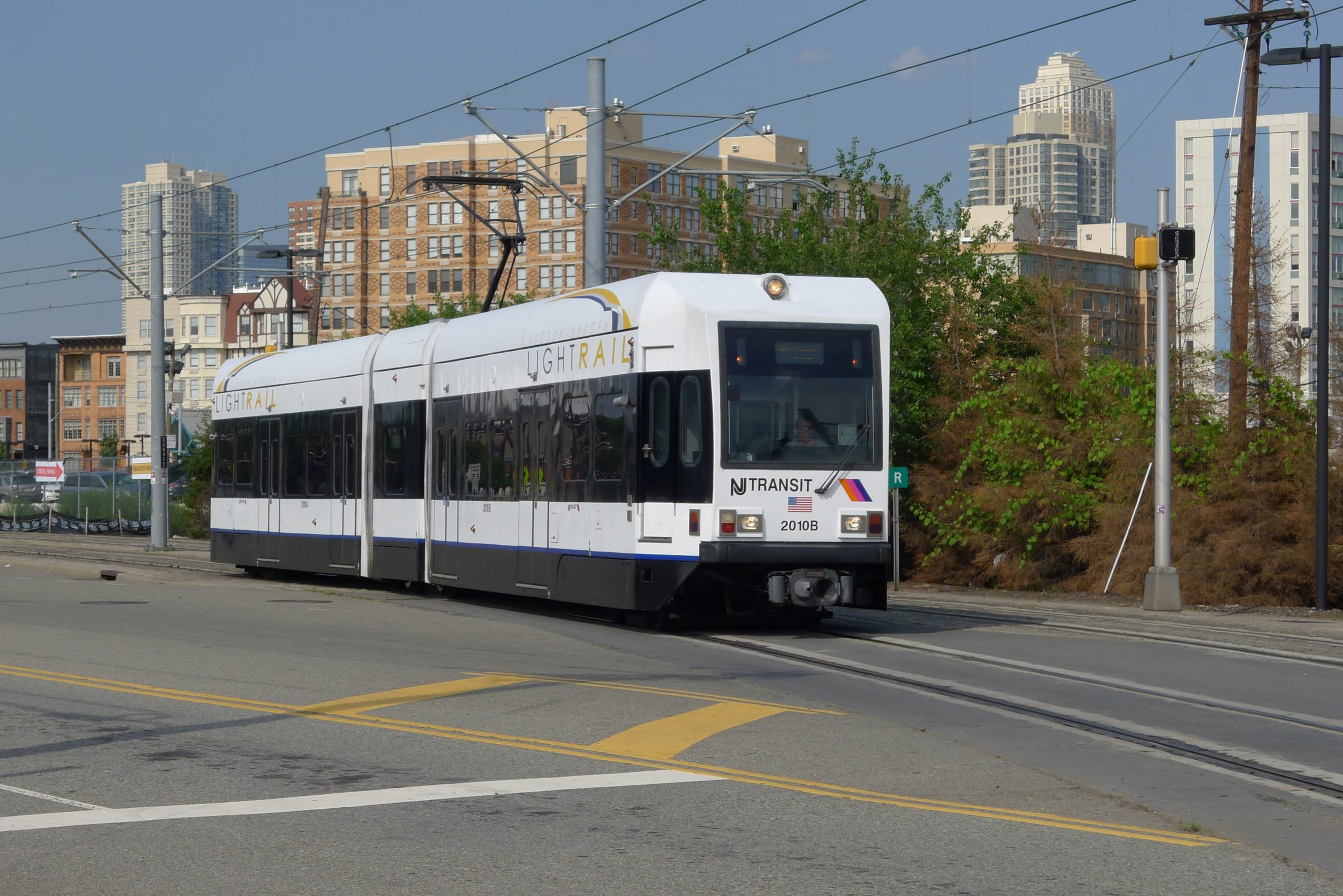