EZ Ride Shuttle services are convenient and cost effective because they are integrated – a one stop for all your transportation needs. This includes carpools, shuttles, transportation for older adults and people with disabilities, and bike and pedestrian programs. Today, EZ Ride manages New Jersey’s largest carpool and shuttle services for businesses, colleges, municipalities, etc. EZ Ride operates a mixed fleet of automobiles that provide more than 700,000 passenger trips each year.

In the aftermath of the gas crisis, the Meadowlands Transportation Brokerage Corporation was incorporated in 1983 as a not for profit, public-private partnership. This was to improve access, reduce congestion and promote economic growth by working with business and government agencies to address the commuting challenges in Northern New Jersey.

The Meadowlink name tied the agency’s identity to the geographic area around the Meadowlands. As the agency expanded to an area beyond the Meadowlands, it began using the name EZ Ride, which shifted attention from its geographic base to the service it provided. The EZ Ride name stuck and in 2005, it became the primary brand identification of the Meadowlands Transportation Brokerage Corporation.

-The free shuttle service is funded by Hartz Mountain Industries and designed to serve businesses in the Harmon Meadow area. This includes residents of Harper Apartments and Osprey Cover  in Secaucus. The shuttle links with the Secaucus Junction Train Station. Service is provided Monday through Friday during the hours of 6:45 a.m. to 10:30 a.m. and 4 p.m. to 8:12 p.m.

-The shuttle has 3 busses leaving approximately every 10-15 minutes in the morning, afternoon, and evening. It cycles through various important Secaucus locations including the Meadowlands Convention Center, the Hyatt Plaza Hotel, the Courtyard Marriott Hotel and the Secaucus train station. 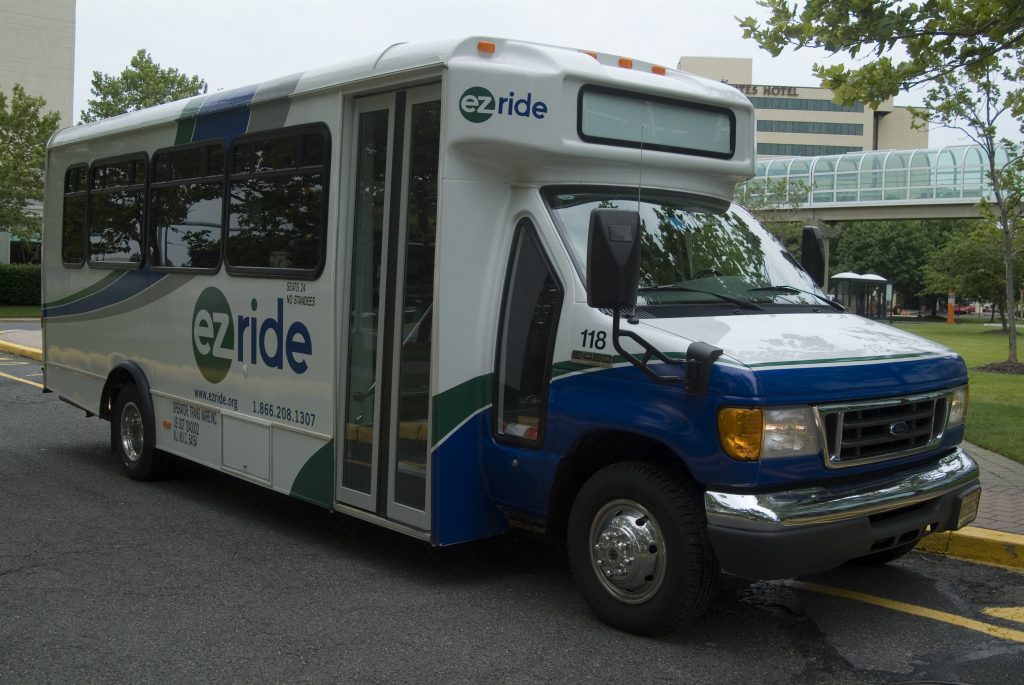